[Caution: Potential heated discussions ahead. No personal attacks please. As always, let us share our views in a civilised manner :-)]

So I was having a very interesting argument with Mochachilo the other day. It started with his post describing his recent trip to Chennai. My ears perked up the moment I heard the word ‘Chennai’! Now, like all cities, Chennai is unique in its own way. Unfortunately, it did not meet the author’s expectations, for reasons that were valid to him.

The die-hard-Chennai-ite that I am, I obviously took up the gauntlet and challenged some of the sweeping generalizations made against the city, which I felt were incorrect and biased.

Please note: I am certainly not here to attack my friend Kartikay 🙂 AND I am not here to defend Chennai by arrogant (and ignorant!) claims that it is heaven on earth.

I am merely going to state facts – from MY limited experience.

I love Chennai for its unique culture, the manageable pace of life, the distinctly gorgeous old-world-charm that is still preserved in places like Mylapore Tank.

I love all that just as much as I hate the muggy weather, the conniving auto drivers and politicians, and the pollution.

So there! I do not aspire to call Chennai the best city in the world or anything of the sort. Like my darling sister always says, ‘That-that person, that-that favourite city’!!

The crux of this blog post is this: Kartikay stated that considering it is a metro city, Chennai is not cosmopolitan.

This is what he says:

I was disappointed that Chennai, as a top-tier metropolitan city, has not exemplified itself as an example of cosmopolitanism. It’s not a melting pot of diverse sets of people, and cities which do have a knack of incubating diverse views, opinions and unconventional arts and sub-cultures.

However, as someone who has lived most of her life in Chennai, I would like to throw some light on the place that I lived in, and still do.

This is a quiet residential area. In this typically old-fashioned and ‘non happening’ part of town, there is a famous Temple, a Church of historical significance, and a popular mosque, all within exactly 10 minutes walking distance from each other. Infact, right opposite the mosque is a temple.

Believe it or not, we wake up to the call of prayer from the mosque, and also hear the evening aarti at the temple. There has never been a religious problem – ever! Touch wood!

People understand Tamil, English and a bit of Hindi too. You don’t necessarily need to know Tamil to speak to auto-drivers. They are a bunch of thieves, and they fleece everyone irrespective of caste/colour or language!! 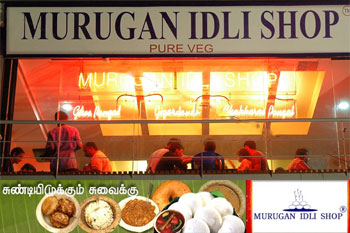 Cinema theatres air all sorts of movies (some of the posters can make one cringe :roll:!).

Restaurants offer a wide variety of cuisine! You name it, you can find it!! From super-soft idlis and golden crisp masala dosai to dal makhani and gobi manchurian, its there for the asking!

We love both Sheela and Dhoni 😉

You walk into a shopping mall or even a roadside shop – and find people dressed in all sorts of clothes – ranging from saris, salwar-kameezes, skirts, shorts, jeans and tees, shopping, eating and making merry.

Amidst the excited chatter, one gets to hear not just Tamil, but also lots of Hindi and English.

There are shopping malls, libraries, architectural wonders, and more. There is a steady influx of Oriya students pursuing higher studies. Our dear Marwadi brethren have set up flourishing businesses (clothes, diamonds, etc) in the city. I have a Punjabi friend, whose entire family has been settled in Chennai for the last 2 generations, and plan to continue to do so! I have so many Mallu friends, who form a lovely part of my life!

And hey, we even built a damn temple for Khusboo!! 🙄

To quote LR: ‘Temple for Khusboo… Temple for Namita. Now we are more accommodating than any one could imagine 😆 :lol:’

I can go on and on, about what a melange Chennai is (rather, has always been). But that might be a biased picture too. So I will just stop with: Every city has its fair share of pros and cons. To focus only on the negatives and brand a city as ‘dull and boring’ is simply not correct. 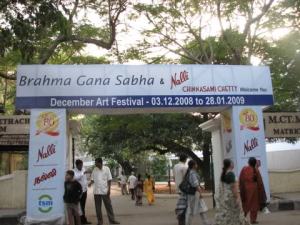 One does not go to a city known for its temples and music seasons and focus only on the seeming lack of nightlife!!

This is like visiting Egypt and whining about ‘broken down buildings and the lack of a disco!’

So a statement that Chennai is ‘not happening’ or ‘not cosmopolitan’ – to me – sounds pretty loaded with prejudice, and to a small extent, arrogance too!

Chennai, like any other city, is famous for certain attributes. One learns to appreciate those, and not slam a culturally-rich city for lacking in nightclubs and not conversing in a language familiar to ‘you’!

Now, coming to the moot point here: Mochachilo’s statement that Chennai is NOT cosmopolitan and someone entering the city does not feel ‘at home’.
.
He has infact given a really wonderful definition of ‘cosmopolitan’.

‘If a city can make diverse sets of people ‘comfortable, almost as if they’re at home’, then that city is cosmopolitan. We can possibly extend this to ‘most people don’t feel marginalized’‘

Now, Going by that definition, I can say, while (I innocently assume!) ‘MOST’ people in Chennai DO NOT feel marginalised , I am not certain that ANY Indian city is truly cosmopolitan.

Friends and acquaintances of mine, who usually claim that Chennai is ‘not happening’ are usually looking for:
(1) Nightlife
(2) Booze
(3) Hindi being spoken commonly
(4) People wearing modern outfits.
.
But, my friends, Nightlife, booze and Hindi do not make a city cosmopolitan!!! There is much, much more!

So, what counts for being cosmopolitan? What makes one feel at home?

Let’s take a look at what we claim to be cosmopolitan cities.

Our so-called uber-cool metro cities – for example – Delhi / Bangalore / Mumbai – WHY do we think they are so cosmopolitan and a ‘melting-pot of cultures’?

How much of South Indian culture do we see in a North Indian city?

How much Tamil can one hear in Delhi? If any, at all, for that matter!

Does most of Mumbai celebrate Onam in a huge way?

Do people enjoy Telugu movies and songs (er, the non-rain-non-gyrating-ones)?)in your city?

You might even think it sounds ridiculous! Yet, you consider your city to be cosmopolitan! This is like an old joke on America (I cannot remember the exact thing, for the life of me!), where America cannot look beyond itself, and thinks they ARE the world!

Despite our top tier metro cities being so straight-jacketed (unsure if that is the right word!), we proudly state that they are ‘cosmopolitan’.

Or have we all become so self-obsessed that we think OUR city’s culture is THE culture of the whole of India, and the cities that do not ‘conform’ to our city are actually not cosmopolitan?!!

Those of us who CLAIM to live in a cosmopolitan city, let us think it over. Does our city really reflect a blend of cultures ACROSS India? If one thinks his/her city is a melting pot of cultures, I think it is time to think again!!!

As for Chennai, I do not claim that it is entirely cosmopolitan. I appreciate that a non-Tamil-speaking person might find it difficult at first (exactly the same way that a Tamilian who cannot understand Hindi, is bound to struggle in Mumbai or Delhi, until the time he/she learns the local language or finds people who speak English!).

If you asked me, India is simply too vast for any city to be truly cosmopolitan. Even the most ‘modern’ metro cities are steeped in a culture of their own. There is no way it is reflective of the COUNTRY.

I am not sure if a Tamilian who enters Karnataka or Delhi for the first time, feels ‘at home’ in that cosmopolitan city. Or is made to feel at home by friendly locals or any initiatives by the local government?!!

I am not certain that a Keralite visiting Calcutta (a metro city) would feel at home if he/she did not understand Bengali! 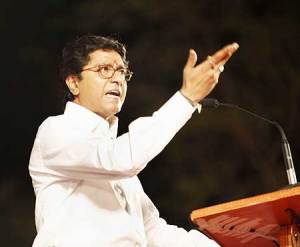 IMHO, Mumbai might score a notch above other metro cities, for sheer number of immigrants. However, we do have a Thackeray who defeat good intentions there!!

Therefore, I cannot confidently say that ANY Indian city scores high on being cosmopolitan.

It is up to the visitor/immigrant to fit into the place by learning the local language and adjusting to the local weather/attire/culture.

At the risk of sounding biased – I’d just say in Indian cities, it is immigrants/visitors who put in efforts to blend into the local culture. The local people do not necessarily take efforts or facilitate such blending. One just takes baby steps to try to fit in.

On the contrary, take a look at a city like London, for example. To be fair, I’d say THIS is a city that is cosmopolitan. You have people of diverse cultures living under the same roof, aka sky. They speak their own distinct language.

ALL the major festivals of EVERY community are celebrated with pomp. If people celebrate Christmas, they also equally enjoy Chinese New Year and Diwali. People love croissants, sushi AND curry. There are churches and temples, functioning smoothly ALL the time. Everybody is eligible to vote. Believe it or not, some council offices even have a full-time Bengali translator for the non-English speaking immigrants. Touch wood. You find people of every race and colour walking about the streets.

Yes, there are problems. But absolutely nothing like the ones we find within India!!

Is there any such city in our country where an ‘immigrant’ (I am not referring to the upper strata of society or people like expats) feels completely ‘at home’ and ‘not marginalised’?

Please share your views on an Indian city that you think is truly cosmopolitan?

We watched Aegan last night. Like hubby says, “How ever did they manage to copy a good movie like ‘Main Hoon Na’ and turn it into so much crap?!!!”

Nevertheless, I found it was good time-pass. For one, it was the first movie hubby and I were going to, in almost 3 years!! Secondly, the hip-hop music wasn’t bad, and actress Nayantara looked drop-dead-gorgeous. Ignore the (fl)ab and puffy eyes and actor Ajith Kumar still looks handsome.

The movie did bring out a few laughs. In fact, the downright silliness of some scenes (like the hero frightening away a angry mob of armed rowdies, with a simple stare!!) was almost as funny as the really-intended comedy scenes.

On the whole, I’d say, if you have nothing else to do, and want some time pass, watch ‘Aegan’!