At 28, he was beyond redemption. Drugs, alchohol, nicotine, women, theft… he had done them all! The de-addiction centres offered no more hope.

Her last hope was this pilgrimage by foot. They had covered most of the journey. This was the final leg. The famous dilapidated temple was just across the railway track. 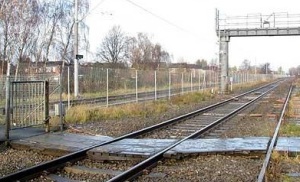 She crossed the tracks and waited for him. He dragged his feet along, slow enough to show how resentful he was of her attempts at ‘rehabilitation’.
‘Try to walk faster..‘, she coaxed.
‘You’re pathetic!!‘ he spat angrily.

He plugged in his iPod to drown her unspoken words. He had heard enough. He knew what he wanted. To float away on clouds of Ecstasy. And she, was the biggest obstacle! He hated the sight of her. Sad, angry, begging. In turns. All day long!!! Well, atleast, she didn’t cry bucketloads any longer. That was a relief!

Then, she saw it coming. He didn’t. Eyes half-closed, he was swaying to the music in his ears.

It was nearing. She opened her mouth to speak. But her mouth went dry. She put out a hand, to caution him.

Alarmed, she looked into his eyes.

Baby eyes that once had opened in wonder. Eyes that had once danced with joy, accompanied by the lilting sound of happy gurgles.

Eyes that had once quite blindly trusted in her.

Eyes that had slowly started questioning her authority.

Eyes that had then turned angry in rebellion.

Too soon, it had become too late! The same eyes had turned vacant, and cold. And when she had tried to reign them in, they had seemed almost murderous.

And then, he finally noticed! His eyes widened in fear. She knew that look. He was almost begging, for her to try to rescue him. One more time.

She needed to think. A millisecond went by. And by then, it was all over!

The grass around the track was splattered in red. A bright shade of red, that she knew was the same as her own.

She clutched at her breast. As if to hold the heart that was slowly and irreversibly crumbling into a zillion pieces.

And in that deafening silence, she let out a loud scream. In relief. Then, she screamed again. And again. In horror. At what had just happened. She pounded the grass with her bare fists. Furious, at the way a beautiful life had been wasted. 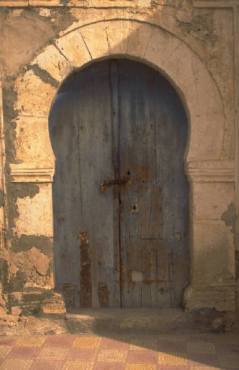 Spent, she dragged her tired feet towards the temple. The shrine was closed. She slowly climbed the steps. When she reached the top, she almost staggered backwards in exhaustion. She quickly sat down, and lay her forehead on the cool stone pillars. She imagined the beautiful face of the deity inside the shrine. It shone of kindness.

‘Thank you!‘ she whispered. And then broke into tears. She banged her forehead on the pillar until it bled. Then, she hugged herself tightly. And tried to remember his face. She saw in it, the beautiful eyes that had hated and distrusted, but still needed her.

‘Amma….’ – she would never hear that word again.

Folks, this post is dedicated to all those parents who struggle helplessly with children who fall into drugs and other vices.

To parents who deserve better.

To parents who have loved and lost.

Specially, to those parents, who look back longingly, on a Life that could have been spent so differently, and so much better.