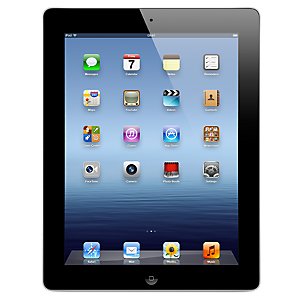 At 28, he was beyond redemption. Drugs, alchohol, nicotine, women, theft… he had done them all! The de-addiction centres offered no more hope.

Her last hope was this pilgrimage by foot. They had covered most of the journey. This was the final leg. The famous dilapidated temple was just across the railway track.

She crossed the tracks and waited for him. He dragged his feet along, slow enough to show how resentful he was of her attempts at ‘rehabilitation’.
‘Try to walk faster..‘, she coaxed.
‘You’re pathetic!!‘ he spat angrily.

He plugged in his iPod to drown her unspoken words. He had heard enough. He knew what he wanted. To float away on clouds of Ecstasy. And she, was the biggest obstacle! He hated the sight of her. Sad, angry, begging. In turns. All day long!!! Well, atleast, she didn’t cry bucketloads any longer. That was a relief!

Then, she saw it coming. He didn’t. Eyes half-closed, he was swaying to the music in his ears.

It was nearing. She opened her mouth to speak. But her mouth went dry. She put out a hand, to caution him.

Alarmed, she looked into his eyes.

Baby eyes that once had opened in wonder. Eyes that had once danced with joy, accompanied by the lilting sound of happy gurgles.

Eyes that had once quite blindly trusted in her.

Eyes that had slowly started questioning her authority.

Eyes that had then turned angry in rebellion.

Too soon, it had become too late! The same eyes had turned vacant, and cold. And when she had tried to reign them in, they had seemed almost murderous.

And then, he finally noticed! His eyes widened in fear. She knew that look. He was almost begging, for her to try to rescue him. One more time.

She needed to think. A millisecond went by. And by then, it was all over!

The grass around the track was splattered in red. A bright shade of red, that she knew was the same as her own.

She clutched at her breast. As if to hold the heart that was slowly and irreversibly crumbling into a zillion pieces.

And in that deafening silence, she let out a loud scream. In relief. Then, she screamed again. And again. In horror. At what had just happened. She pounded the grass with her bare fists. Furious, at the way a beautiful life had been wasted.

Spent, she dragged her tired feet towards the temple. The shrine was closed. She slowly climbed the steps. When she reached the top, she almost staggered backwards in exhaustion. She quickly sat down, and lay her forehead on the cool stone pillars. She imagined the beautiful face of the deity inside the shrine. It shone of kindness.

‘Thank you!‘ she whispered. And then broke into tears. She banged her forehead on the pillar until it bled. Then, she hugged herself tightly. And tried to remember his face. She saw in it, the beautiful eyes that had hated and distrusted, but still needed her.

‘Amma….’ – she would never hear that word again.

Folks, this post is dedicated to all those parents who struggle helplessly with children who fall into drugs and other vices.

To parents who deserve better.

To parents who have loved and lost.

Specially, to those parents, who look back longingly, on a Life that could have been spent so differently, and so much better.

So! What guarantees success?

Marketing gurus like Kotler have written/spoken at length on this topic. And have come up with sound marketing principles. He talks about having the right product, at the right place, right time and with sound promotional tactics.

Today, I would like to present you with a Case study.

Ever since her time in Indian Cinema has come to an end, our great Bollywood actor (the victim of racial attacks, the ‘household name’ in Britain), the ONE AND ONLY Ms.Shilpa Shetty, has been taking the world by storm! In simpler terms, she seems to be raking in the money globally!

The brand ‘Shilpa Shetty’ has come of age! It is internationally recognized, and much famed/touted for various reasons, right and wrong.

Take a peep into some of the things she has been upto:

– The much in-vogue Yoga with Shilpa – I honestly do not know how much she believes in this science or how much she has mastered it! Nor her contribution (if any) to Yoga. However, she has skillfully taken over the role of Brand Ambassador of all things connected to, or even remotely connected to, India.

– Her range of fragrances was a success! I cannot believe why anyone in their senses would want to waste money on something associated with her! Is the NRI population so utterly devoid of its sensibilities, or is the western world taken in by her (lack of) charm?

– Recently, flagging off our Independence Day parade in NY! Isn’t this atrocious? She is NOT the Indian ambassador , and she certainly isn’t the face of Indian culture, BY DEFAULT. What continues to stun me is the utter stupidity of the people who selected her. Should the honour not have gone to a more deserving, nay – simply, a deserving candidate?

– And now – this – Curries! (P.S: If the curries are anything like her, I would rather scurry!) I cannot believe she is going to ‘invent’ curries! There are lakhs of Indian cookbooks and guides. (Btw, there is this really smart Indian cooking blog I came across the other day 😉 ) She and her partner (in crime?) announced the invention of new blends of spices!

– Its incredible, the way she takes full mileage of her famed racial incident with Jane Goody and uses ‘Jane’s memory’ to cash in on another opportunity! Poppa-dom! As if there aren’t enough Poppadom brands in the market already.

So! The brand ‘Shilpa’ is a success (if publicity/fame is an acceptable measure of the same). It is widely recognized, and rakes in the moolah!

And, all this, without having any sound or unique product or service (?! ;-))

She defies Kotler! She defies the principle of needing to have some product offering of SUBSTANCE to be able to sell it! In much-bandied about MBA jargon.. ‘she has made a paradigm shift’.

So its good news for all the wannabe successful young girls/lads out there!

Here is the NEW and IMPROVED secret to success:

Yes that’s what you need. A nice big tummy!

-You do not need first mover’s advantage.

-You do not even need a good product!

-All you need need is TIMING!  Time your launch after death of your so-called-tormentor, caching in on her memory! Like you have been the thickest friends ever.

– Next you need a USP. However shallow and silly it might be.

Dear Shilpa’s USP is that she is hailed (well, mainly by herself) as a survivor!

Not of drought, famine or war (or even Swine flu!). But of a silly squabble between bickering Nautankeys on a Reality show. That catapulted her into a whole new global arena altogether!

-And ofcourse, Mummy! Don’t ever forget that Mummyji will tag along with her gullible little girl as they parade all over the world.

–Yoga! Ofcourse..how could one forget? It is the secret to tranquility and ability to think clearly. Plus, a BIG PLUS, its Shilpa’s key to beauty and success. Google it, if you want to!

So there! You have successfully whined your way to fame!

You really are an international heroine – no pun there!

But you still continue to haunt us 😦

(P.S: Kotler might learn a lesson or two from this young lady!)

(P.P.S: Reg. the ‘Y for Yoga’ – how am I supposed to come up with some fancy jargon with ‘Y’ of all the letters in the alphabet?! So, if you can think of an attractive Y-word, do let me know so we can give a logical conclusion to the TUMMY strategy 😉 )