(This is purely a work of fiction, but I believe this is what most women go through at some point in life! Some survive it, while many don’t get to ever live their dreams. I hope this post will act as a catalyst to those who fall in the latter category.)

‘Cngrts!’ – the phone beeped with this simple message. She stared at it, rather uncertainly. Who was this from? What were the ‘congratulations‘ for? Try as she might, she could not recall anything specific worth ‘celebrating’.

Anjali looked around her apartment… ragged grey sofa, cushions encased in faded Rajasthani mirrored covers – received six years ago as a wedding present, cream flowered curtains that had turned a unique mixture of brown and grey, over the years, toys scattered all over the floor, the kitchen sink overflowing with dirty utensils. She was not poor. Only chaotic.

It was all she could do, to not cry when she looked into the mirror. She looked a tired, balding mum struggling in her fourties. Interestingly, Anjali had turned just turned thirty. That very day, infact!

Voices from the past echoed within the walls of her mind. 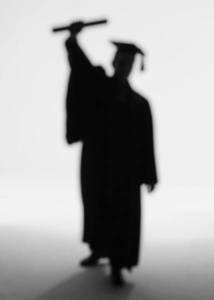 Best friends, classmates, parents… they were all congratulating her on her graduation day. She had topped the MCA batch, and had the best job on campus, as Project manager in a reputed IT organization. She was to even wed the next month.

Her thoughts went fleeting past from that day of euphoria, to a year ago.

A stressed husband, two active children who drained her of every ounce of energy. Her career was now a thing of the past.

Life revolved around baby-feeds, changing dirty nappies, making visits to the doctor, and arranging playdates. The only friends she had were other ‘mommies’.

‘This is it, Abhi. I cannot take any more!’ – Anjali cried reproachingly.

‘But you wanted all of this, didn’t you?’ Anjali crashed some crockery into the sink, in response.

She was tired. Completely dependent, financially. Diffident, and terribly overweight. She had even started to stutter while talking these days, and didn’t understand why. She had been so eloquent earlier. At times, she even hated herself.

‘I will change my life around. Wait and watch!’ she promised to herself. And to Abhi. He merely shrugged, ‘What’s for dinner, honey?!’

A look of steely determination flashed across Anjali’s eyes. She quickly ran to her bedroom before the moment could pass, took out her mobile phone, and feverishly typed out an SMS. Once done, she wiped away her tears, and went back to serve her family dinner.

The  phone beeped again, jolting Anjali back to the present.

She peered at herself in the mirror. Shabby. Unkempt. She glanced around her apartment. Ditto!

She was supposed to have hired a nanny. She was to have searched for and found employment. She was to have hit the Gym. All this, over the last year. However, none of this had materialised. Mundane chores had got the better of her, and she had lost sight of her own goals.

As she looked closely at herself, reality hit her. And hit hard. She had lost sight of the beautiful future she could have had, if only she had kept that vital promise to her past.

Anjali slowly pulled out her phone, and dialled a number. And then, two more, in quick succession. The first was an employment agency. Then, her old nanny. And finally, the local Gym that had been hounding all the residents with glossy brochures featuring ‘super-(wo)men’ 😉 with six pack abs!!

She washed her face, combed her hair and got down to revamping her resume.

It was time again, to make a new promise. One she would keep. She took out her Docomo One Touch Net phone, and typed out a new message.

‘Congrats Babes, This time, you Really did it. Love ya! – Anj’

She set the timer to a date twelve months from then. Yes, she would receive her own timed-SMS a year down the line. This time, she would re-arrange her Life – the way she wanted it!

Folks, this is an entry (fiction) for the Indiblogger ‘Tata DOCOMO OneTouch Net Phone’ contest, which explains why I used the name so frequently in the post 😉 They boast of a feature called ‘timed sms’ which to me, sounded exciting. I assumed one could send an SMS scheduled for some date/time in the future, and wrote this story based on the assumption.

Voting begins tomorrow, so If you liked this post, please do vote!!